Wayne Brady says improv is different from stand-up comedy. Check out his improv show on Nov. 25 at the Atlantis Casino Resort Spa in Reno.

Wayne Brady has combined music and comedy throughout his entire career, and his live show is now exception. In a recent interview with the Oxford, Ohio, Register-Herald, Brady told the newspaper to expect the unexpected at his live shows.

“I use suggestions from the audience the entire show to always prove the fact that it is all made up, it is all improvisational,” Brady said. “I get song titles from the audience that don’t exist; I turn those into musical numbers. We bring audience members on stage to play a couple games, like ‘Props’ or ‘Sound Effects.’ I ask questions that I turn into stories and songs.

Brady will bring his improvised show to Reno during Thanksgiving weekend. He performs on Nov. 25 at the Atlantis Casino Resort Spa.

The singer/actor/show host has been doing improv for decades and he said it’s very different from stand-up comedy.

“You have to be completely unafraid to fail, and not to worry about the laughs, because, like I said, the comedy part of it comes second.” 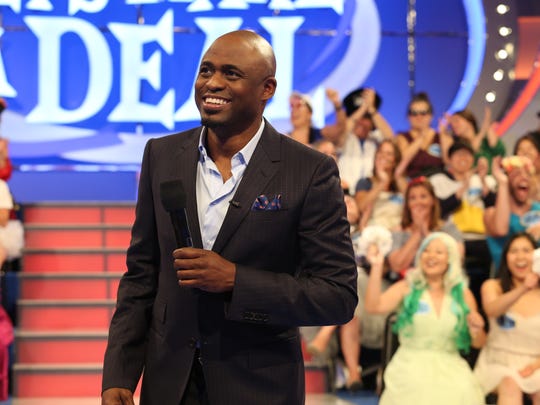 Wayne Brady, a versatile entertainer and host of TV's "Let's Make a Deal," will headline the 2018 edition of "Laugh It Up Milwaukee." (Photo: Erik Voake/CBS)

Comedy and improv was a part of Brady’s career from his earliest days in front of audiences. Brady grew up in Orlando, Florida, where he started acting in community theater and with a local improv group, the SAK Comedy Lab, while still in high school.

“We did improv, but we were also writing our own shows and performing our own plays,” Brady told the Florida newspaper. “That’s what I keep going back to in terms of improv is the crux, but it’s not the destination. It’s a beautiful by-product of learning all this other stuff, which I wouldn’t be able to do if I hadn’t been doing a ton of theater, musicals, Shakespeare — all these other things, so that then you go, ‘Oh, so I could bring all that stuff and now I can make up stuff using all these other tools.’”

A move to Los Angeles in 1996 started Brady’s career in earnest, although his first big break was as one of the performers on the British television show “Whose Line is It Anyway?” in 1998. The show features comedians improvising material as suggested by hosts and the live audience. Shown on Comedy Central in America, “Whose Line” eventually was moved to ABC and Brady ended up being its biggest breakout star. He eventually won an Emmy Award for Outstanding Individual Performance in a Variety or Music Program in 2003 for his work on the show.

“Whose Line” is a thread throughout Brady’s career, as he appeared during the entire ABC run of the show and was also a member of the cast during the show’s run on the CW which began in 2013.

But, Brady has also worked on many other projects the last two decades. One of the most successful was “The Wayne Brady Show,” a daytime talk show on ABC that was on the air in 2001 and 2002. It earned four Daytime Emmy Awards during its run, including two awards for Brady himself as Outstanding Talk Show Host.

Thus began a hosting career that now includes seven years as the face of “Let’s Make a Deal,” a daytime show revival of the famous ’70s game where contestants see what’s behind the doors no. 1, 2 or 3. Brady has been nominated frequently for an Outstanding Game Show Host award in the Daytime Emmy Awards.

Among Brady’s other hosting duties during his career are the Miss America pageant in 2002, a show called “Don’t Forget the Lyrics” from 2007 to 2009, and as guest host on the “The Late Late Show” on CBS several times in 2015.

But it is “Deal” for which he is best known now, and Brady told Fox News in a recent interview that he treats the show as an “if it ain’t broke, don’t fix it” style of show, with comforting recurring bits that viewers enjoy.

"I think the thing that changes the most is, with each season, people become more familiar with the show,” Brady said. “So, the people that come back to it after the days of watching it when it was on in its other incarnations and the people that are new to it, they end up coming ready to play. The costumes are getting more ornate because people now know to dress for it, so they’re making things like these amazing robot outfits and they’re just invested."

Brady’s other Emmy award is for song lyrics, as he was honored for “30,000 Reasons to Love Me,” which was used on “Let’s Make a Deal” in 2014. It’s an acknowledgment for Brady’s other talents as a singer, which he told Fox News is par for the course for his projects.

As for other singing work, Brady has released two albums so far. The first, “A Long Time Coming” in 2008, made the top 20 of the Billboard R&B/Hip-Hop albums chart and featured his own songs as well as covers of “Can’t Buy Me Love” and “A Change is Gonna Come.” The second was a children’s music and comedy record called “Radio Wayne” in 2001.

He has also acted in musicals, including stints on Broadway in “Chicago” (2004) and “Kinky Boots” (2015-16) and recently as Aaron Burr in a “Hamilton” touring company in Chicago. 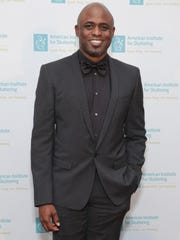 Wayne Brady will be at the Colosseum at Caesars Windsor on Thursday. (Photo: Cindy Ord/Getty Images)