Fleet Floxes mixes modern sounds with the folk-rock sounds of the ‘60s. The band plays Sept. 18 at Grand Sierra Resort and Casino.

9/24: Fleet Foxes | Fleet Foxes are touring with Beach House in support of "Crack-Up," their first album since “Helplessness Blues” hit the streets in 2011. Pretty Much Amazing found it pretty much amazing, raving, "Their third record is their best, a meandering, wild, untameable masterpiece from a front man who refuses to stop studying and refuses to be predictable." Details: 7:30 p.m. Sunday, Sept. 24.Comerica Theatre, 400 W. Washington St., Phoenix.$41-$46.livenation.com.(Photo: Courtesy of Sean Pecknold)

For a time in the middle part of the 2000s, bands who were promoted on web blogs became all the rage in mainstream circles as well. One such band was Fleet Floxes, a group that mixed modern sounds with the folk-rock sounds of the ‘60s. After a hiatus during this past decade, the band is back and playing on Sept. 18 at Grand Sierra Resort and Casino.

The current lineup includes three founding members, guitarists Robin Pecknold and Skyler Skjelset, and keyboardist/mandolin player Casey Wescott. Bassist Christian Wargo joined in 2008, while multi-instrumentalist Morgan Henderson joined in 2010. The group has revolving drummers in the studio or live. For this tour, it is Matt Barrick from the indie rock band The Walkmen.

Fleet Foxes’ story begins in Seattle, where high school friends Pecknold and Skjelset formed the group in 2006. Starting as a guitar duo, the group expanded at first with Wescott. With a bassist and drummer in tow, the band played local shows and released a self-titled EP in 2006, produced by renowned studio owner Phil Ek.

Ek produced more of the band’s material in 2007, but in the homes of band members instead of a studio. That rougher sound led to more acclaim for Fleet Foxes, who released their material on MySpace and earned a quarter of a million plays. This boost in popularity and popular shows in Seattle eventually led to a contract with well-known Seattle indie label Sub Pop. 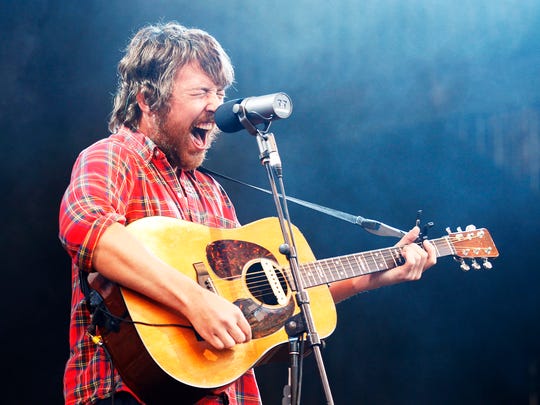 The band’s national profile began with a 2008 EP called “Sun Giant,” followed closely by the group’s self-titled debut that same year. Both were critically acclaimed works and the band’s live profile was boosted by national tours and festival appearances. The “Fleet Foxes” album eventually sold a half-million records, reached the Billboard Top 40, and reached no. 3 on the U.K. album charts.

Fleet Foxes’ second album, “Helplessness Blues,” was released in 2011. It made it to No. 4 on the Billboard album charts and was also nominated for a Best Folk Album award at the 2012 Grammy Awards. Again the record was acclaimed by critics, including Rolling Stone magazine who named it as the No. 4 album of 2011. The band also toured extensively to promote the record, as they did for their debut.

The group ended up taking time off while Peckhold pursued a degree at Columbia University in New York City. They were also drummer-less as musician Josh Tillman left the band in 2010 to pursue a solo career as a guitarist/singer/songwriter named Father John Misty.

Fleet Foxes reconvened in 2016 to record a third album, which was released in June, called “Crack-Up.” The album is also the band’s major label debut, as they have signed to Nonesuch Records. It reached No. 9 on the Billboard album chart.