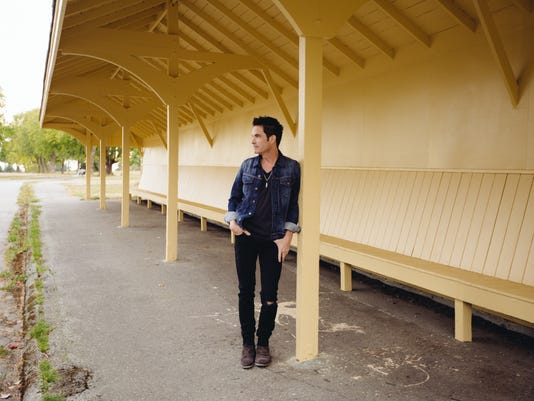 Pat Monahan knows pop music remains a young person’s game. As the frontman of Train for 20 years-plus, he faces that reality with every new album as he lobbies pop radio to play his group’s latest single.

While he says a few core stations seem ready and willing to play Train, many more now question whether the group, despite huge hits like “Hey, Soul Sister,” “Drive By,” “Meet Virginia” and “Drops Of Jupiter” can deliver on pop radio. Monahan has heard the reasoning.

“We’ve been around too long. We’re old and we’re old school or they want to make room for the kids that are coming up,” he said in a recent phone interview. “So for them to play Train, for a pop station to play Train, we have to have real serious heat.”

Despite the challenges, Monahan isn’t giving up on the notion that Train can remain a relevant pop radio band for years to come.

Monahan’s first attempt to regain traction at radio was “Play That Song,” the lead single from the group’s current album, “A Girl, A Bottle, A Boat.” The song showed some signs of life, going top 10 on “Billboard” magazine’s Adult Contemporary and Adult Top 40 charts, but stalled out at 41 on the all-important all-genre Hot 100 singles chart.

Still, Monahan feels he’s only one single away from getting back into favor with pop radio – and “Play That Song” demonstrated that Train appealed to a young audience.

“I work for every bit of what we get (at radio),” Monahan said. “When it (one song) becomes a hit, they’ll play three other songs from the album, because then it works. They’re in the business to sell advertising. They want to make sure their listeners are responsive to it, and they sometimes feel like Train will not appeal to young kids. However, for weeks (with “Play That Song”) we were the most requested song on Disney Radio, with 25,000 requests a week.” 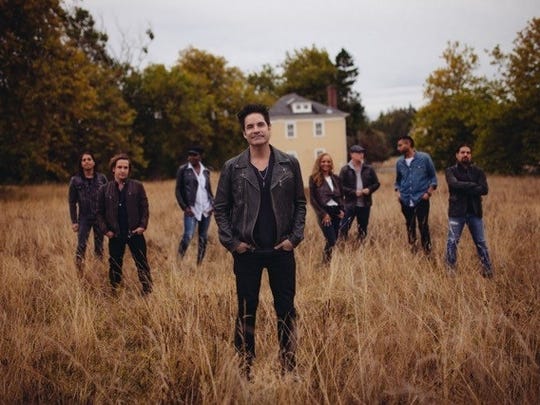 In going into “A Girl, A Bottle, A Boat,” Monahan brought in several new songwriting/production collaborators, with William Wiik Larsen, Jake Sinclair and the team of Neff U and Priscilla Renea supplanting Monahan’s go-to songwriting/production collaborators from the previous pair of albums, Butch Walker and Espen Lind and Amund Bjorklund (known as the writing team Espionage). Staying current for radio was a consideration in this move, but Monahan wanted to change things up for another reason.

“I think it’s important to not overstay your welcome. And people get very comfortable, including me, and I don’t think that’s always good,” he said. “So on this album, I asked my manager, ‘Would you please put me in a room with people that I’ve never met.’ And I find that the younger the better because they haven’t been (tainted) by what I know. There’s already one of us in the room. We don’t need two. So getting around 30-year-olds and even younger than that, it was just the vibe was incredible. I’m not trying to be a kid. I’m trying to be who I am, but work with people who can help me get the version of who I am so that it makes sense today.”

There is a distinctly youthful, upbeat and modern/synthetic feel to “A Girl, A Bottle, A Boat.” “Drink Up” has the kind of shout-along chorus and dance-y vibe that’s common in today’s pop music. “Lottery” takes a similar approach, only with an island vibe. On “The News,” “What Good Is Saturday” and “Silver Dollar,” Sinclair brings his talents for incorporating into the songs the kind of offbeat, but highly hooky, instrumental nuggets that are popular these days into the production.

But for all that’s modern about “A Girl, A Bottle, A Boat,” there are also a couple of distinctly retro moments. The song “Valentine” has a 1950s-ish doo-wop influence. And more notably, on “Play That Song,” Monahan uses the melody from the 1938 Hoagy Carmichael standard “Heart and Soul” to anchor the poppy tune.

Train’s show this summer will play off of those retro elements with its visual production.

“It’s called the ‘Play That Song’ tour,” Monahan said. “Basically, it will be similar to like a jukebox kind of stage, and then we’ll play songs throughout the (Train) eras that represent kind of our music, but mostly the new music from this album because I feel like this album is in a lot of ways a throwback as far as what we tried to do…So we want to capitalize on the fact that we did that.”