A video time lapse of people and cool cars during Hot August Nights in Virginia City on Sat. July 30th 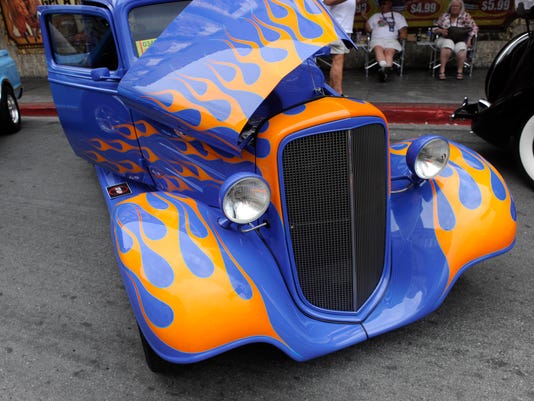 Meet the new boss, different from the old boss

2016 is the inaugural year for new Executive Director Mike Whan. Whan served as Assistant Executive Director in 2015, and he made his first community appearance as the Executive Director at the Hot August Nights Spring Fever Revival event. Whan previously worked as the regional security manager for Charter Communications and served as Deputy Chief of Police for the Reno Police Department before retiring in 2012.

All we want to do is drift, drift

The Reno Livestock Events Center will be home to AutoCross & Drifting presented by Amsoil. The sport of drifting originated in Japan, and organizers are excited the event will bring a new element of excitement to the celebration of classic cars and rock n' roll. Both novice and expert auto-crossers will be able to navigate the course, and those interested in participating are invited to register their car and give drifting a try. For more information about how to watch or participate in drifting, visit https://hotaugustnights.net/autocross/.

50 cars will compete for the title of Ultimate Best of Show during this year's newly minted Hot August Nights Cup. The prize purse this year is over $100,000 in cash and prizes. The competition will be judged by Co-Host of the Spike TV show "MuscleCar" Steve Mank, Co-Owner of the car show the SuperNationals Reggie Tibbets and Eddie Postesio of Eddie's Rods & Customs.

The top ten will be displayed at the Hot August Nights Auction, and the top five will be announced Aug. 6 at 6 p.m. on Fourth Street in downtown Reno. For more information about the event, visit https://hotaugustnights.net/hot-august-nights-cup/.

For a full list of events at this years Hot August Nights, visit https://hotaugustnights.net/