On the Marquee: Should you see Ghostbusters this weekend?

Should you be afraid of the quality of these ghosts?

On the Marquee: Should you see Ghostbusters this weekend? 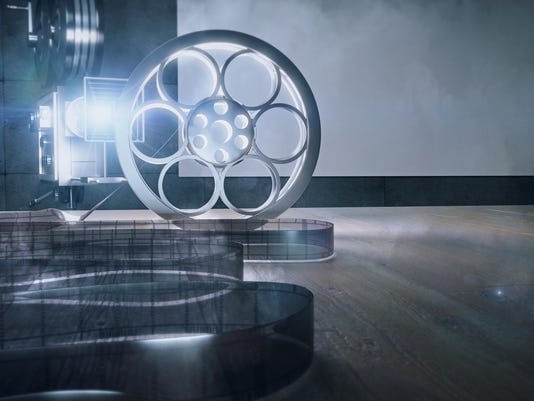 I'm interrupting your normal weekly installment of "On the Marquee" to cover a movie that has had me completely and utterly perplexed for months, the 2016 reboot of "Ghostbusters". I had been in the tank for this movie right up until the first trailer dropped, after that I had more jitters than Julia Roberts in "Runaway Bride." Regardless of my feelings about the movie, I hold steadfast in believing that the trailer for this movie is one of the worst trailers in cinema history, and I have seen enough trailers in my lifetime to make that distinction (just ask anyone of my friends that has had to hear me quote the "The Founder" trailer over and over again.)

Without further ado, here is my review.

The movie that is nowhere near as bad as the internet trolls want you to believe: "Ghostbusters"

I went into this movie with mixed emotions, but was immediately delighted by the opening scene of the movie in which Zach Woods (The consistently hilarious Jared from "Silicon Valley") plays a tour guide who is haunted by a ghost in the touristy trap mansion he works at as a tour guide. This is the incident that brings three of the four 'busters together, as the owners of the mansion seek out Erin Gilbert (Kristen Wiig) a physics professor at Columbia who is preparing for her tenure meeting, until the discovery of a book about the paranormal that she co-authored with Abby Yates (Melissa McCarthy).

The mansion ghost brings the two estranged friends together, along with Yates' new partner Jillian Holtzmann (Kate McKinnon). The group then confronts a second ghost in the subway after being tipped off by transit worker Patty Tolan (Leslie Jones) who then joins the group as they begin to hunt ghosts full time.

This is all the plot I am going to give you, because it is mostly standard fare once the team is formed.

The strength of this movie is the chemistry that all four of the females lead have when they are on screen together. Watching them hit their stride and battle legions of ghosts in the streets of New York City is a magical moment, one that I wish the film had gotten to 20 minutes earlier.

The relationship between Wiig and McCarthy is supposed to be the emotional core of the film, but I never once believed them to be life long friends torn apart about by their views on the paranormal. At best, they seem like casual acquaintances who are thrown into a wacky situation together, which really weakens the big emotional beat in the third act of the movie.

I feel like this issue is caused by the blandness that comes through in both of those characters. I couldn't tell you a single personality trait for either of them, and each of them only really has one scene where their characters feel like actual people instead of paper thin characters on a page.

For Wiig, it is the scene where they are interviewing their potential new secretary Kevin (Chris Hemsworth) as we watch her fawn over a man who says such standout lines as "Aquariums are submarines for fish" and "I can't answer the phone, it's in the fish tank." For just a small, fleeting moment she channels Bill Murray's classic scene in the 1984 original where he is testing psychic powers on two college students.

For McCarthey, its the scene where she gets possessed by a ghost, and begins to wreck havoc on the their equipment. McCarthey has a craziness in her eyes you wish you had been seeing throughout the entire movie, if only to give her character some semblance of depth.

In both of these scenes, the characters seem like real, flawed individuals; instead of characters is a real flawed movie.

There are plenty of highlights in this movie. McKinnon absolutely dominates the screen in every scene, prompting me to wonder why they didn't just center the movie around her. I literally had no idea what was going to happen anytime her character spoke, and watching her tinker and expand on our preconceived notions of what a proton pack should be (oh what a world we live in that I can type that sentence with a straight face) was an absolute delight.

Jones is also spectacular (and has been for years on SNL) as the history buff every woman who keeps the team educated and grounded, and who reminds the team of the dangers of low blood sugar. I will not rest until there is a paranormal buddy cop movie where Jones and McKinnon team up to track a ghost through all of the historically relevant landmarks in New York City. If they ever make another "Lethal Weapon" movie, those two are my pick for 21st century Riggs and Murtaugh.

Hemsworth also deserves some recognition as he flexes his comedic muscles (and sometimes his actual muscles) as the oft objectified secretary, which is honestly a really refreshing change of pace. You can tell he is having fun as well, every time his character smiles or says something silly like "I'm competing in a hide and seek tournament" he is completely and totally in his element. Let's hop he gets to make more comedies in the future.

This isn't a terrible movie. You will see much worse over the course of the year. The internet trolls are going to be extremely disappointed of that fact, and we should all be happy about that. I really hope that Hollywood makes more movies like this, and starts to take risks with the films that they produce.

On the flip side of that coin, this isn't a movie that is going to stick with you. You aren't going to be quoting this movie while you are out with your friends drinking at a bar, or playing Pokemon Go (we are all doing that, lets be real.) If you choose to go see it, you will be entertained for two hours, and go right back to your regularly scheduled life. As I was leaving the theater, I was searching for one word to describe my feeling about the movie, and the only one that kept coming to mind was "underwhelmed."