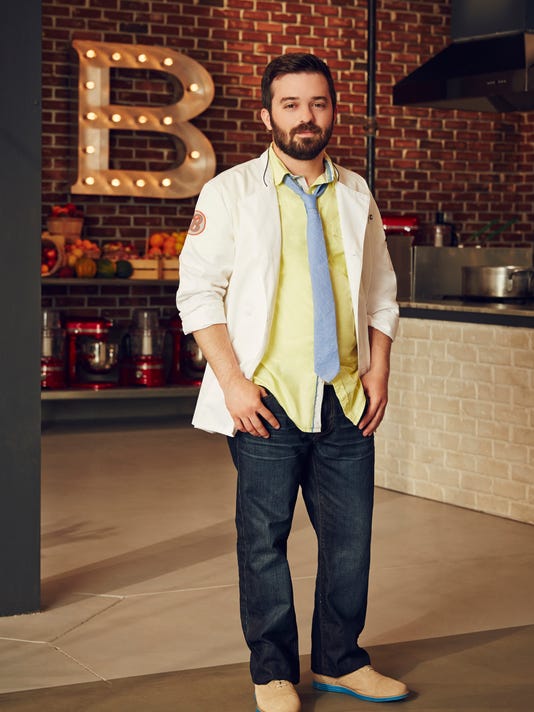 Doug Adams is a finalist from season 12 of Top Chef.(Photo: Bravo, Tommy Garcia/Bravo)

The Biggest Little City Wing Fest is back at the Silver Legacy for its third year, July 3-5. It's the tastiest way to spend the long Fourth of July weekend, for sure. With more than 70,000 attendees each year and 20,000 pounds of chicken wings served, the Biggest Little Wing Fest is not the place to chicken out on your eating.

Twenty-five wing cookers from all over the country (and one international entry from West Africa) will be competing in several categories, hoping their wings come out on top. Besides wings, there will be microbrews and margaritas, plenty of live entertainment, a street fair, VIP Hen House, and celebrity wing judging.

While the full list of participants hasn't been revealed, expect returning favorites like Hill Billy Chili & BBQ, Petaluma Poultry, and Noble Pie Pizza. There will also be two newcomers this year: Tony

Marc's Eats and Delicess (representing West Africa with Afro-European inspired wings).Petaluma Poultry is home to Rosie the Free Range Chicken and Rocky the Original Organic Chicken, so you know the meat is going to be delicious, especially when combined with their special BBQ Sauce. Noble Pie Pizza is right in our own backyard and will be bringing their already-award winning wings to the table. Tony Marc's Eats is coming from Vegas and offers nearly a dozen different sauces for their wings.

If you're feeling fancy, the VIP Hen House is the place to be. They'll be serving up unlimited wings and drinks, along with ribs, beans, salads, dessert, and more. Tables of 10 are available for Friday and Saturday for $650 each, while a limited number of single seats are available for $69.50. Be sure to get your tickets early for the Hen House — you don't want to miss out.

If wings aren't your thing, there will plenty of live entertainment throughout the fest along with a street fair, or you can attend the wing judging at Wing Ring Stadium.

On Sunday, the festival runs from 12-3 p.m. and band Cripple Creek will be performing from 12-4 p.m. There will also be a meet and greet with Doug Adams, finalist from season 12 of Top Chef and winner of bravotv.com's Last Chance Kitchen. He'll be chatting with fans from 12-3 p.m.