Drake White and The Big Fire will headline the 2016 Reno River Festival. Get the free concert lineup here. 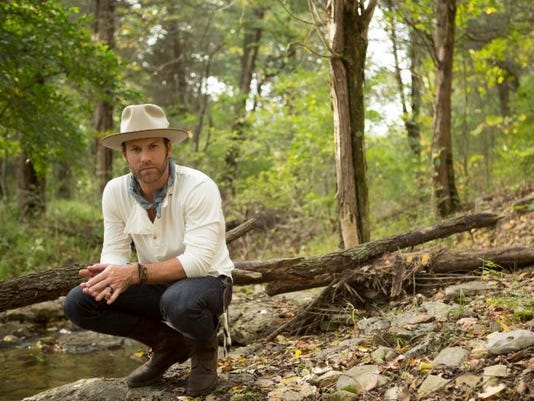 Drake White and The Big Fire will headline the 2016 Reno River Festival. Dubbed "an electric performer with a gospel howl" by Rolling Stone Country, White embraces the multifaceted nature of modern country music.

White's sound is both familiar and modern, building on the successful model laid down by Tom Petty & The Heartbreakers, The Allman Brothers Band and modern country trailblazers like Eric Church and Zac Brown Band.

Of his latest EP, "It Feels Good: Live," White says, "I just wanted to create something authentic."

"I'm writing songs about the experiences that we all share-dealing with love and chasing a dollar and being knocked down and coming back-and trying to write from an honest standpoint. I think that people gravitate towards what's real and that's what I'm trying to create."

Drake White and The Big Fire will perform on the Wingfield Park Stage at 6 p.m. May 7.

Sunday's headliner, Jeremy McComb, has a critically-acclaimed album and wrote a grammy-nominated movie soundtrack. His album, "My Side of Town," was picked by People Magazine as "Nine Stars to Watch," received countless 4+ star reviews and was called "One of the Year's Most Encouraging Albums" by Country Weekly.

Jeremy McComb will take the stage at 1 p.m. May 8.

Nearly a dozen bands will perform over two days at the Reno River Festival. Their music spans the genres of country, reggae, rock, pop and soulful blues.

The concerts, just like the rest of the festival, are free to attend.