If you are planning to see electronic dance music musician Vibesquad make a return appearance in Tahoe, be sure not to skip out: this will be the last time to catch him. 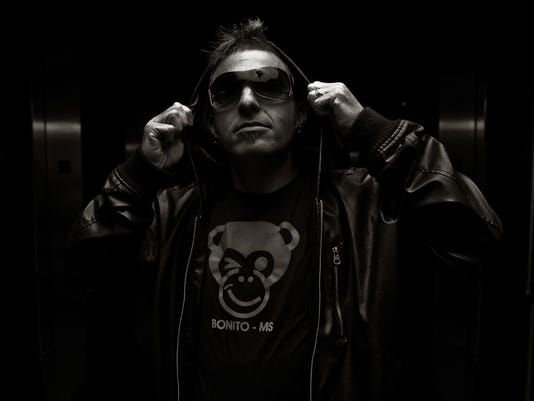 If you are planning to see electronic dance music musician Vibesquad make a return appearance in Tahoe, be sure not to skip out: this will be the last time to catch him.

As announced on his website, the person behind Vibesquad – Aaron Holstein – is deciding to hang up his name and music for new projects. His last tour makes a stop on April 2 at Crystal Bay Club Casino.

The retirement of the Vibesquad name also falls in the same year that Vibesquad celebrated his 10th year under that alias.

“Sharing my music with so many listeners in so many places has been an honor and a privilege for me, far beyond my expectations,” Holstein wrote in his “farewell” announcement on vibesquad.com.

After this tour, a limited-edition album and a final show in his hometown of Denver, Holstein wrote that he will “hang up the Vibesquad jersey and move on to some other creative projects that are calling my heart.” This includes a feature film that he directed as well as scored, called “Fear of Missing Out.” He also will release music under his given name, but he said it will be different than the bass-heavy EDM he created as Vibesquad.

“I have also fallen back in love with my guitar, piano, Rhodes, organ, electric bass, drums, vocals and songwriting,” he wrote.

That would be quite a departure from the beat-and-keyboard sound of Vibesquad. From 2007 onward, there were three albums and many remixes for other artists, as well as tours all over the world.

In a recent interview with the Lost In Reviews music website, Holstein said that keeping up with new music in the genre kept him interested in continuing it.

“It’s awesome that there are so many people producing these days,” he said. “I just keep doing my thing, constantly producing new music and learning about the technology I use.”

He also talked about the influence that classic psychedelic rock had on his music.

“To me, all of the stuff I do is electronic psychedelic music,” he said with a laugh. ”I’m definitely doing more vocals and playing some guitar and bass in the studio, but I’m in love with electronic music.”

Like some other electronic music artists, Vibesquad also became a fixture at Burning Man. He talked to music website Euphoric recently about one of his biggest shows there, opening for Bassnectar in 2000.

“I couldn’t really see how many people were in front of the screen,” Holstein said. “Every once in a while, an art-car would blast off some fire and I could see thousands of people.

“There are so many magical playa/Vibesquad stories that I will spare you from hearing. That place is bananas. (Burning Man) had everything to do with my creation of Vibesquad and had an enormous impact on my life.”

Holstein also has a reputation for being an exuberant performer despite being a DJ/producer onstage.

“I used to be really self-conscious about my onstage behavior,” he told Euphoric. “It’s really not intentional. I just get swept away by the music and get all goofy. My parents called it my happy dance when I was a toddler. I’m weird like that.”

With his success, Vibesquad was also under the radar a bit in the increasingly crowded EDM scene. As he pointed out to Euphoric, he doesn’t even have a Wikipedia page for the band.

“I’m not even really part of the music industry,” Holstein said. “The industry doesn’t even know I exist . . . I have been lucky enough to make a living as an obscure outsider my whole career. This used to bug me, but I think I am finally OK with all of this. I’m just happy to create stuff and really appreciate that some people resonate with it.”

That success led to lots of time to create new material as well. Holstein told music website The Untz recently that he tries to find new experiences and new levels of connection to help drive his music.

“Any time I get home from tour I hit the studio, but really I am driven to at least have one new track every week,” he said. “I feel like this whole music platform gets stale—as a live musician originally—if you rest on your laurels and play your hits to get the crowd going.”

“So for me it is always important to raise that bar every couple weeks or every month or every record and keep pushing the limits. It’s all about the constant re-digging into the music, so it has that fresh-cut feeling.”

He also talked again about his live performances and how he can’t help showing his emotions while up on stage.

“All I want to do is make people feel good, so the music became my life’s goal,” he said. “I knew I was clearly cut out for this line of work and just to go out and play for my homies as my job.

“I just have a very high level of appreciation for what I do. Maybe if I was 23 and this was happening to me I could get caught up and say it’s all about me, but (past age) 40, I am so over myself, and I am so use to hosting everyone else's fun. So when I am smiling all the time, like you said, it’s just a byproduct of when I am spinning on stage.”