Comedian Jim Jefferies returns to the Silver Legacy for one night of unrestrained and wholly entertaining comedy. 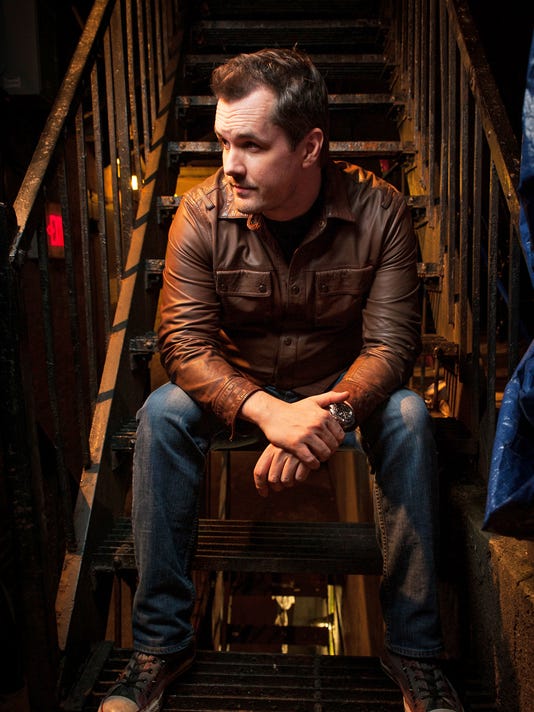 The 38-year old Jefferies, who now lives in Los Angeles, catapulted to the upper echelon of the comedy scene rather swiftly in part due to his ability to weave multiple personal yet totally different stories with equal amounts of comedic effect. Unlike many others to have tried to ape his laissez-faire onstage approach, Jefferies excels at offending as much as bringing a comedy event to its knees.

As luck would have it, he was attacked onstage by an attendee during a performance in April 2007 at London’s Manchester Comedy Store (see YouTube video with keywords Jim Jefferies Punched in the Head). Coincidentally, the video of the performance worked in his favor and later surfaced on his “Contraband” (2008) DVD release and became part of his stage act.

“The more exciting story is what happened afterwards. They tackled him, the audience came up to help, they put him in the dressing room, and he sat there crying going ‘please don’t arrest me.’ The cops took him, put him in the drunk tank for a night, and I didn’t press charges because — even at the time — I remember thinking, ‘I’ll make a lot of money out of this’,” Jefferies said in an interview in early 2014 with the Manchester Media Group.

In addition to touring the comedy circuit, he has been a featured guest on a number of high profile events, including the Glastonbury Festival, both the Reading and Leeds festivals, Edinburgh Fringe, the Montreal Comedy Festival and South African Comedy Festival.

Jefferies also gained a sizable fan base in the United States shortly following the release of his “Jim Jefferies: I Swear To God” HBO special (2009) which launched him into instant top-billing status.

Today, those expecting to hear jokes and anecdotes found in his recordings, however, will be sorely disappointed.

“I don’t do any material once I’ve recorded it. I get requests for the Gunter routine (one of his most popular acts) and all the religious stuff. At the moment the gun routine has done so well online — it went viral. Now I’ve got a lot of people who are coming and hoping I’ll do more political stuff and that’s not really my bag, you know?” he said.

However, there seemingly is no end to Jefferies source material. From recreational drug use to sex, celebrities to gun control, alcoholism to religion, it seems no topic is off limits for Jefferies on any given night.

Even he knows there are limitations for live material and has been careful with certain topics.

“Standup is a mathematical equation. The more offensive a joke is, the funnier it’s going to be. Far too often you see these young comics getting on stage and they’re saying these horrible things about pedophilia and rape, and they just don’t have the charm or the material to get away with it. If you’re going to make a joke about something like that, you better make it good” said Jefferies in an interview with The Mancunion.

Besides excelling on the live touring circuit, he also has made considerable headway on television. Perhaps his biggest undertaking, the FX series “Legit” — lasting from January 2013 to May 2014 —enjoyed a year and a half run. And while the series enjoyed great critical reviews for its depiction of people with physical mental and physical handicaps, it wasn’t enough for the network to extend the run.

“I was depressed for months after it got canceled. That show shouldn’t have gotten canceled. It was a good show,” said Jefferies in the Portland Mercury.

When pressed about his experience working on “Legit,” Jefferies was quite candid.

“Having your own show, where you’re not in trouble all the time, because you’re kind of the boss, is a wonderful experience,” he said.

“I could write funny scenes and outlines and scenarios, but I couldn’t structure a script. I didn’t even know where I’m meant to put act breaks and stuff like that. I was just an ideas guy before I got into it. Now I can write scripts.”

For the time being, Jefferies appears content on the road playing to sold-out houses. His current tour, which takes him across the country and back, finds him playing large theaters and many casino halls.

In short, Jefferies still feels much of the inherent pressure that comes with being a name brand comedian.

“When you get up in a comedy club, if you’re good at it, when you’re first starting out and you rip the (stuffing) out of it, the audience is like, surprised. They’re like, ‘Wow, that was really good. We just came down here and weren’t expecting anything and you were really good.’ When people come to see me now they’re expecting something,” he said.

Longtime fans and newbies alike are in for a real treat this weekend since every Jefferies set is unscripted and sometimes completely different from the next performance.

“For me personally, there’s not really a topic I’ve stayed away from, I’ve never been someone who’s considered to be a racist comedian, but if I could find a joke that I thought was good enough, that I could get away with something I might say it,” he said.