See American indie pop band Foster the People and Milo Greene live on May 9, 2015 at the Grand Sierra Resort in Reno. 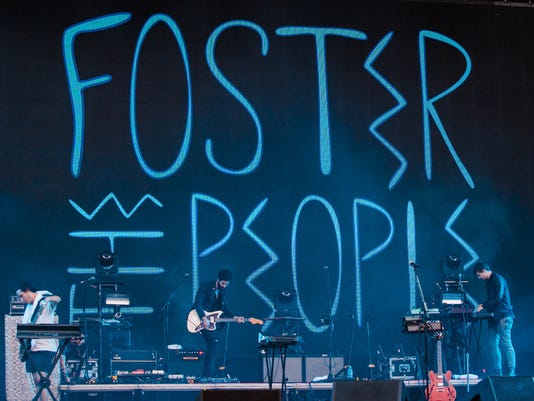 Mark Foster of Foster The People performs during 2015 Lollapalooza Brazil at Autodromo de Interlagos on March 29, 2015 in Sao Paulo, Brazil. The band plays live in Reno with Milo Greene on May 9, 2015.(Photo: Photo by Mauricio Santana/Getty Images)

American indie pop band Foster the People will play live with Milo Greene, a self-proclaimed cinematic pop band, on May 9, 2015 at the Grand Sierra Resort in Reno.

Both bands play in the Silver State Pavilion in the Grand Sierra Resort on May 9, 2015. Doors open at 7 p.m. Tickets are $37.50 for general admission. This is a standing room only concert. No seating will be provided.

Foster the People, formed in Los Angeles in 2009, and gained a following with the viral success of "Pumped Up Kicks," which became a commercial cross-over hit. By the end of 2011, the band released their debut album Torches. The group received two Grammy Award nominations for the album Torches and the crossover hit "Pumped Up Kicks".

Foster the People plays with Milo Greene, another band that also formed in Los Angeles. The band describes their music as cinematic.

"We really love scoring and that's how we wanted the music to sound," singer/multi-instrumentalist Sheetz said to Lauren Moraski of CBS News in an interview. "Very cinematic - which is kind of why we like to call it cinematic-pop."