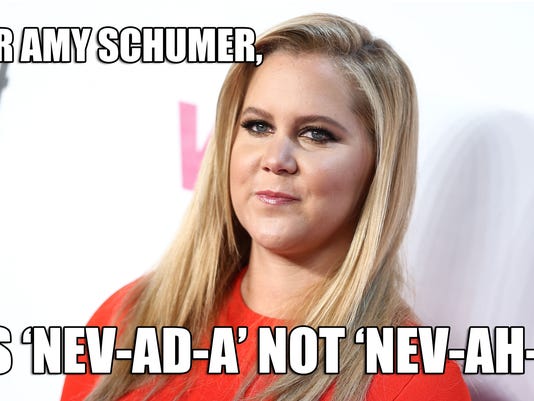 Comedian Amy Schumer told BBC Newsnight that Reno, Nevada is the worst place she could imagine spending a weekend because "it's a dump."

Well, that's original. Schumer isn't the first comedian to make fun of Reno, but I guess original jokes aren't her thing. Besides, a quick trip from the airport to a hotel and back again probably stunted her view of the city last year. Let's be honest, Plumb Lane isn't great. So the Reno Gazette-Journal invites Amy Schumer back for a personal tour to show her its not-so-dumpy features.

In the meantime, take a moment to learn at least one thing about the state, Amy: It's Nev-AD-a, not Nev-AH-da.