Rising house prices have yet to dampen momentum in the Reno real estate market. 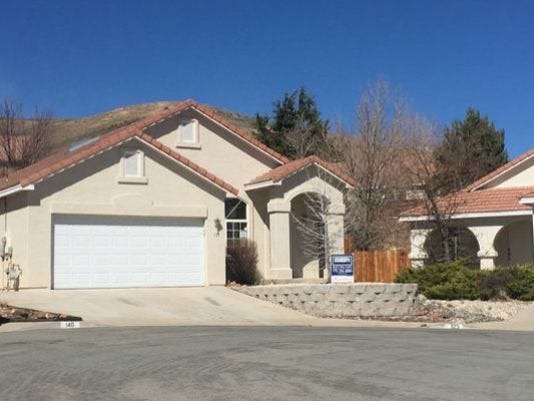 A house for sale(Photo: RGJ File)

Rising house prices have yet to dampen momentum in the Reno real estate market as the median price for an existing single-family home in the Biggest Little City climbed to its highest level since the recession.

Reno also posted 394 sales of existing single-family homes in May, which is up by 3 percent during the same period last year. Supply, meanwhile, continues to experience constraints with the market seeing 3.4 months worth of inventory at the current pace of sales.

Affordability remains an issue for Reno as incomes have yet to keep pace with the sharp rise in home pricing. One third of Reno households earn less than $35,000 a year while the average income only can afford a $302,000 house, according to site selector Wadley Donovan Gutshaw Consulting. Back in the first quarter of 2016, when the median price was $275,000, about 59 percent of households could afford the median home on the median $67,000 income, according to the latest Housing Opportunity Index numbers. In contrast, 87.5 percent of households could afford a median home back in the fourth quarter of 2011 when the median price was $143,000 and median income was $70,500.

Despite the affordability woes, however, home sales are proceeding at a robust clip as the Reno area continues to gain economic steam. Boomerang market: The highs and lows of Reno’s housing comeback

“Even with affordability stresses and inventory squeezes affecting buyers, momentum appears to be building in the local economy, plus the prospect of facing higher rents and mortgage interest rates seem to be bringing more interested buyers into the market,” said William Process, RSAR president with HomeGate Realty of Nevada.

Reno activity helped boost home values in Washoe County, which saw its median home price rise to $310,000, bringing it up past the key $300,000 benchmark. The county has seen year-over-year price gains for four straight years. The median price is also steadily getting closer to the peak of the housing boom, when the median home price reached $350,000 in the third quarter of 2005, according to the University of Nevada, Reno’s Center for Regional Studies.