Mark Anderson attended school in Carson City and returned to Northern Nevada to work at Panasonic. 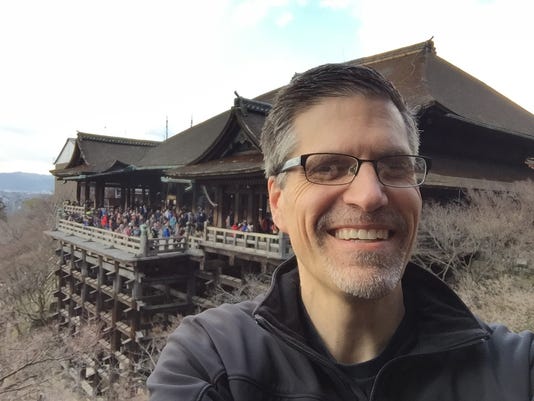 Mark Anderson may have been born in California, but he grew up in Nevada. Anderson and his family moved to the Silver State when he was 5 years old, and he attended kindergarten through 12th grade in Carson City. However, when it came time for college, Anderson headed to Brigham Young University in 1984, and went on to build a strong career outside Nevada in the Japanese automotive industry.

Now, as general manager of human resources and general affairs for Panasonic Energy of North America, Anderson has returned to Northern Nevada to reside — thanks in large part to the region’s growing job opportunities.

“I returned to Nevada to join Panasonic and help them start their lithium-ion battery operations for Tesla at the Gigafactory,” said Anderson, who holds a bachelor’s degree in Japanese and a master’s degree in business. “The Gigafactory and other advanced manufacturing coming into Northern Nevada is making it possible for people like me to come home or never leave in the first place.” Anderson took the position with Panasonic in 2015 for a number of reasons, not the least of which was to live close to his parents and two brothers again after a long time apart. His wife and children made the move from Indiana to Nevada in August.

Anderson said the collaboration between Tesla and Panasonic at the Gigafactory will help bring down the cost of high-quality lithium-ion battery manufacturing — a crucial step in Tesla’s mission to speed the transition to sustainable energy use. Along with the global impact of such work, Anderson said he was drawn to the Panasonic job for its local impact as well.

“Nevada was hit hard by the great recession, and it was hard to see a lot of good people suffering from the economic downturn,” he said. “One of the things that compelled me to pursue the position was that I felt the Gigafactory would have a positive impact on the economy of Northern Nevada for decades to come.”

Elon Musk cranks up the juice at Tesla Gigafactory

Anderson said Panasonic will be adding thousands of jobs to the Gigafactory in the coming years, and one of the company’s main goals is to help create opportunities for Nevadans and help prepare them for those opportunities.

“I would encourage people to enroll in TMCC and WNC advanced manufacturing training programs and high school and college students to seriously consider a career in advanced manufacturing regardless of their field of study,” Anderson said. “The jobs are coming, and they are coming fast. Our goal is to hire from Northern Nevada as much as possible, but we all have a lot of work to do to be ready for the opportunities just on the horizon.”

6 things to know about Robert Summers