Parking, photos, where to sit, what to look at and how balloons race

The 36th annual Great Balloon Race will be making its return this September, debuting news faces, and some fan favorites. 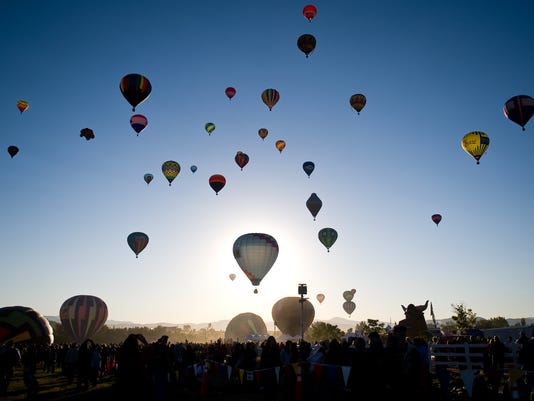 The morning is coldest just after sunrise, so bundle up extra tight between Dawn Patrol and Mass Ascension and prepare for a spectacle of color, light and sound. The 36th annual Great Reno Balloon Race starts Friday through Sunday at Rancho San Rafael Regional Park.

The Reno tradition transcends generations and is a favorite for families and a wonder for newcomers. The Reno skies fill with more than 100 tear-drop shaped bags of hot air, a giant Wells Fargo stagecoach and other strange shapes.

More than 125,000 people watch from below. The park will fill with pajamas, blankets, families, lawn chairs, funnel cake and coffee. Watch your step though, you could run into someone famous or trip on your own shoelaces.

Arrive before the sun peeks over the mountains to see the daily Glow Show illuminating the park with a warm, overhead light. Then sit back and watch all the other envelopes unfold.

Here's how to have the best balloon race experience: 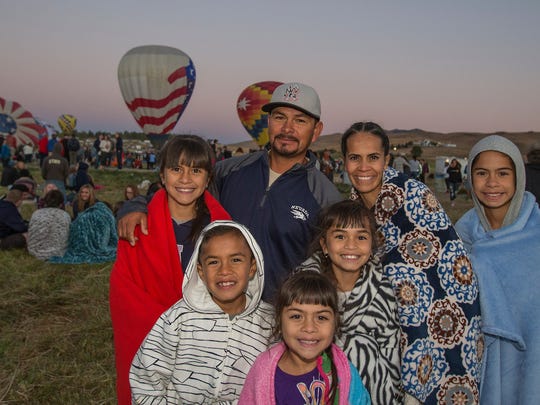 Step 1: Know what to wear and bring

The forecast for the weekend shows lows in the low-50s and highs in the mid-80s with little to no cloud cover.

Wear layered clothing. Dawn is the coldest part of the day, but as the sun rises, so does the temperature. Many people bring blankets for big groups, beanies, long-sleeve shirts and sweatshirts. Others wear pajamas and Uggs.

Bring folding chairs and blankets to sit on. Small wheelbarrows are a good option to carry children and items. No seating is provided outside of VIP areas.

There will be an array of food and beverage vendors at the event — serving anything from pancakes to bagels, muffins to French toast and coffee to hot chocolate. Even morning cocktails can be purchased.

Bring a flashlight or headlamp. The park is lit as much as possible but a flashlight is handy if you plan to walk closer to the balloons which is further away from the vendors.

The light is darkest before the dawn and the park is full of drainage ditches and other tripping hazards. It will appear pitch black at times, then your eyes will suddenly adjust to the burst of flames from a balloon and go dark again.

Smoking is prohibited because of the large amounts of highly-flammable propane in use.

While cameras and video recorders are permitted, drones are not allowed due to FAA safety regulations. No laser pointers either as it can distract pilots.

Photographers with access to telephoto lenses should bring them as the balloons rise quickly out of sight.

We also recommend dust masks and allergy pills for anyone with sensitive sinuses.

Step 2: Know where to park

Plan your parking options in advance and arrive early. Long parking lines and chaotic parking can cause delays.

For $10, you can park at the Sierra Street and McCarran Boulevard lot or the Coleman Drive lot starting at 3:30 a.m.

University of Nevada, Reno offers the north parking lot to the public for free before 10 a.m.

RTC will also run express rides every 30 minutes from 4 a.m. to 10 a.m. Saturday and Sunday from Reed High School, the Reno-Sparks Convention Center parking lot C and the Fourth Street bus station in downtown. Parking is free from the high school and convention center. Rides cost $2 one way or $1 for children and seniors.

Parking vehicles and RVs on McCarran Boulevard is banned due to safety concerns.

Jewel, sponsored by the GRBR Courtesy of the Great Reno Balloon Race
Fullscreen

Step 4: Know what not to miss

On Friday only, a Super Glow Show features more than 40 hot air balloons glowing and twinkly to music across the field. The regular Glow Show on Saturday and Sunday only includes eight balloons.

Dawn Patrol features a handful of balloons qualified to fly in the dark. Balloons glow, twinkle and fly with choreographed music at 5:15 a.m. on Saturday and Sunday.

For pajamas wearing spectators, the Biggest Little Pajama Party and Bed Head Contest is back on Saturday. A Star Wars themed pajama contest winner will get to ride the Darth Vader balloon on Sunday.

The winner will also receive 25 tickets to “Star Wars: The Last Jedi” at Sparks IMAX Luxury+ Galaxy Theatres. Judging starts at 7 a.m. with the finals at 7:30 a.m. Saturday.

The RE/MAX balloon will provide tethered rides for children. These are the only rides available to the general public during the event. The cost is a $5 donation to the Children’s Miracle Network.

Here are some of the special balloons to look out for this year: 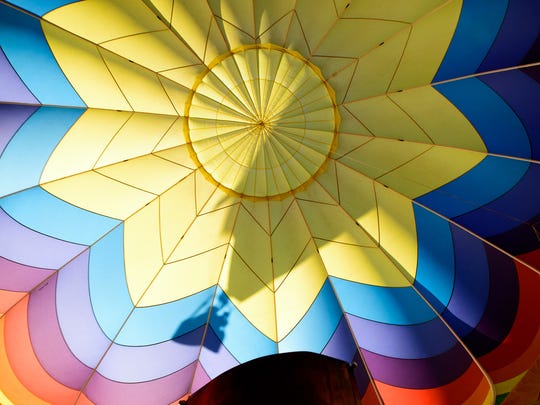 Another balloon rises above Air Chaud 2 and casts a shadow on the interior of the balloon. This photo is shot looking up into the balloon at the Great Reno Balloon Race 2016 media day. (Photo: Mike Higdon/RGJ)

How do balloons race? Very slowly.

After Mass Ascension, a smaller group of pilots begin the competition portion of the race to compete for an $11,000 prize purse.

Starting at 6:45 a.m., each day of the event, 90 balloons will launch from Rancho San Rafael Park to signify the start of the race.

It does not necessarily pay to be first off the ground. Other pilots use visual cues from balloons at different altitudes to decide what they should do.

Air has layers with different temperatures that move in different directions. A balloon up high may float north while a lower balloon floats east. A hot balloon in a cool current will rise faster than one in a warmer current.

Overheating a balloon with too much fire can damage it or force it to rise too fast. Letting the air cool down too much will also cause it to sink to the ground.

A pilot can watch other balloons to decide which air current to follow in order to move from one location to another.

They then drop beanbags onto the X and accumulate points for their proximity to the center of the X. Their total points from Friday, Saturday and Sunday decide the winner.

Weather and skill play a huge role in who wins.