First season snowfall dumps up to 2 inches in Tahoe

Brief season snowfall over, temperatures to warm up again for the rest of the week.

First season snowfall dumps up to 2 inches in Tahoe 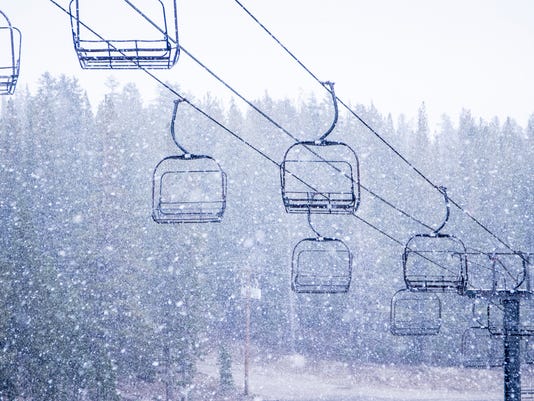 Don’t take out the winter boots just yet.

Although parts of Tahoe received up to two inches of overnight snow, Reno forecasters said they expect the cold front to move out of the region on Tuesday.

“There was some snow anywhere from just a trace to an inch or two in a couple of spots generally around 9,000 feet,” said meteorologist Zack Tolby, of the National Weather Service.

#Snow sticking near top of Sierra-at-Tahoe around 8800'! pic.twitter.com/2bgHeP0kLX

“That’ll pretty much be it,” he said. “We could get a few more rain showers today, and there are some thunderstorms in eastern Nevada.”

The cold front came from a low pressure system that moved through the region from the north, Tolby said.

“It’s not unusual this time of year,” he said.

Temperatures will reach into the mid-60s Tuesday and then gradually warm up to the 80s by Thursday and Friday, Tolby said.

“There are some areas in the Sierra that could see some fog in the early morning,” he said, adding those areas include Truckee and other valleys. “Other than that, we could see some clear skies.”