Can a computer win at roulette?

Can a computer can win at roulette? Gaming columnist Mark Pilarsk weighs in.

Can a computer win at roulette? 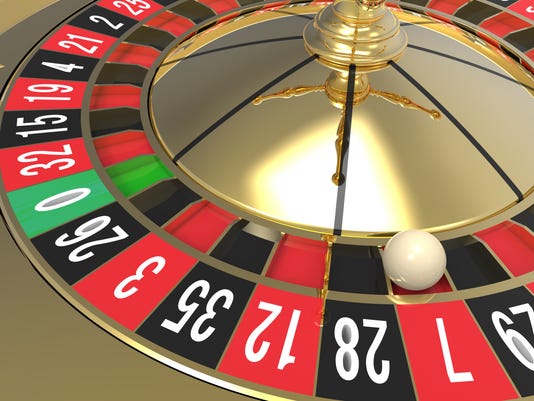 Question: A book review in the Wall Street Journal appears to claim that a computer can win at roulette. This doesn't appear to be reasonable since each spin should be random and the rules of probability favor the house quite strongly with the normal double zero American version. In the comments, someone talked about the assertion that the earlier spins change the surface so that subsequent spins aren't entirely random; but this seems a bit far-fetched. What do you think? Bob H.

Answer: The book you referenced, Bob, “The Perfect Bet: How Science and Math are Taking the Luck out of Gambling” by Adam Kucharski, is a collection of ideas, facts, anecdotes, theories and stories that convey how betting relates to science – and visa versa.

Concerning roulette, Kucharski believes “beating roulette requires collecting a vast body of information about that wheel, something that computers are better at doing than people.”

OK, I can buy that. The world’s best at chess have lost to computers since 1997 (Garry Kasparov), and chess programs are getting more powerful with the addition of artificial intelligence (AI).

Even the game "Go," long considered the unbeatable gold standard against computer programming, has been won by a computer program over a human expert. Google’s "AlphaGo" beat Korean Lee Sedol 3 to 0 this past month. As for a computer tracking the behavior of a ball on a particular roulette wheel, I can see this might be possible.

I am not inclined to center my attention on this method for the reason that I believe a dealer cannot deliberately, or accidentally, target and pocket a specific number when the wheel is spinning one direction, the ball the other, with frets impeding the descending bouncing ball as it finds its way into a particular pocket.

Besides, casino operators have plenty of security procedures in place to preserve the integrity of the game. Every casino has its own set of guidelines for its dealers to follow when it comes to wheel speed. Additionally, all dealers are trained to either speed up or slow down both the wheel and ball delivery before each spin to avoid what’s called wheel clocking.

Regarding the comment that “earlier spins change the surface so that subsequent spins aren't entirely random,” well, that could fall under a predictive system that works to exploit flaws in the equipment.

Centered on a biased wheel, the belief here is that some wheels may have a physical or mechanical defect that provides a non-random distribution of winning numbers. In theory, a mechanical flaw is a possibility; but in practice, it miscarries, mainly because constant maintenance and observation would catch any large bias, resulting in the table’s closure.

As for applying a physical or a statistical roulette prediction via artificial intelligence in the real world, that’s another matter altogether.

If players were to use any external device like a hand-held computer to assist them in beating the game of roulette and happened to be caught, it would probably lead to room, food and beverage as a ward of the state for no less than a minimum two-year stay.

Gambling Wisdom of the Week: If you are looking to cheat the house or beat it legitimately, forget about roulette. It's basically a sucker's game. – Mario Puzo

Mark Pilarski is a nationally syndicated gaming writer. Visit him online at www.markpilarski.com or follow him on Twitter @MarkPilarski.