No, you don't have a magic arm

Gaming columnist Mark Pilarski says whether or not a golden arm truly exists is dicey at best.

No, you don't have a magic arm 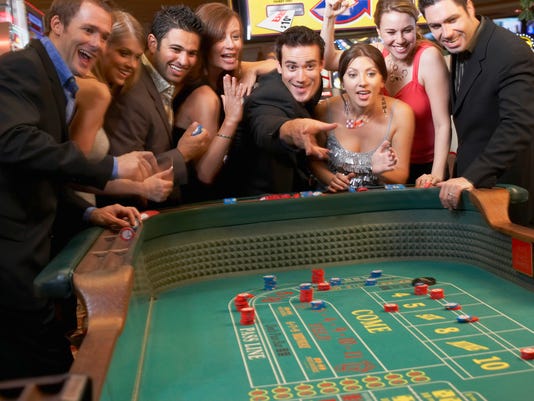 A reader asks Mark Pilarski if it's possible to gain an edge being a "controlled shooter" in craps.(Photo: Getty Images/Fuse)

QUESTION: I am an avid craps player. My usual game is a Pass line bet with full odds plus one or two Come bets also with full odds. I also enjoy reading anything related to craps in hopes of gaining an "edge." I just finished a book on controlled shooting. In your experience, is it possible to gain an edge being a "controlled shooter?" Michael F.

ANSWER: Readers of Deal Me In should easily recognize the value of your craps strategy, Michael, that being "a pass line bet with full odds plus one or two come bets also with full odds," as it is often advocated in this column.

Your inquiry though, that a player aptly called 'the arm," is so gifted at throwing dice that he or she can alter the conventional odds of the game, deserves a thoughtful response. Michael, I am in disagreement with those in the gaming community who believe in the magic that it is possible. As to whether or not such a golden arm truly exists is 'dicey' at best.

I believe that you probably read the book "Golden Touch, Dice Control Revolution: How to Win at Craps Using a Controlled Dice Throw" by Frank Scoblete. Frank believes that a skilled dice controller can control the outcome of a roll and change the nature of the game to favor the player. Is it a good read? Absolutely. However, I fall on the side of gaming folklore and respectfully differ, especially on a legitimate game.

With many years on a dead game on graveyard shift experimenting both with pocketing a roulette ball at will and simulating precision rolls on a crap table, I have never come anywhere close to altering the odds of either game, nor in 18 years on the inside have I witnessed anyone who could.

As for a player sliding the dice across the table to get a specific result, yes, that is achievable. However, Michael, if you do that twice, you can plan on being 86ed from the casino via a boot to your keister. Crap dealers, a box person, the pit boss or the eye in the sky have little tolerance for charlatans trying to illegally manipulate the cubes so as to preclude a random outcome.

QUESTION: How would you bankroll a three-day gambling trip for a blackjack player? Chuck P.

ANSWER: At its top level, Chuck, your gambling bankroll refers to all of your hard-earned money that you specifically set aside to support all of your gaming activities, including travel, lodging, and food expenses. A subgroup of that bankroll is your gambling specific bankroll, or the amount of money carried on a person to support your gambling timeline – in your case three days.

This traveling bankroll should be further divided into specific lesser amounts for each day of the trip, then into even smaller amounts called table sitting playing stakes, which predetermine how much will be risked during any given single session.

Once you are sitting tableside, Chuck, set a goal of winning between 50 percent to 100 percent of a single-session bankroll. Then set aside your original bankroll plus half your winnings. Now play with the remainder and continue to set aside additional winnings.

When you subdivide your bankroll this way, this will not only figure suitably into your overall money management strategy but also help you maintain discipline during your gambling activities.